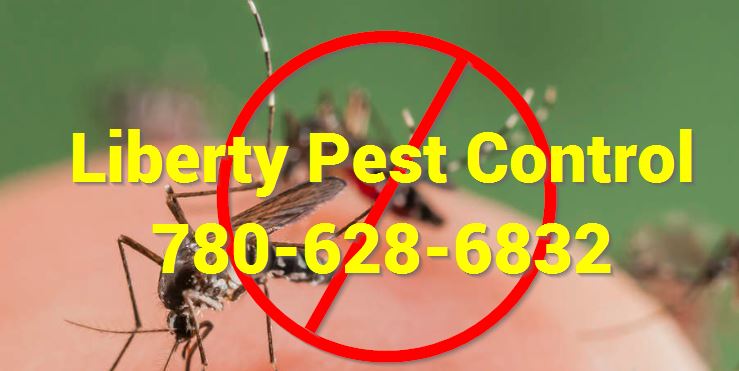 Almost everyone has had the unpleasant experience of being bitten by a mosquito. Mosquito bites can cause skin irritation through an allergic reaction to the mosquito’s saliva – this is what causes the red bump and itching. But a more serious consequence of some mosquito bites may be transmission of certain serious diseases such as malaria, dengue fever and several forms of encephalitis, including West Nile Virus.

Not only can mosquitoes carry diseases that afflict humans, but they also can transmit several diseases and parasites that dogs and horses are very susceptible to. These include dog heart worms, eastern equine encephalitis and West Nile virus.

There are about 200 different species of mosquitoes in the United States, all of which live in specific habitats, exhibit unique behaviors and bite different types of animals. Despite these differences, all mosquitoes share some common traits, such as a four-stage life cycle.

Liberty Pest Control can treat your yard to help reduce your exposure to these nuisance pests.  Homeowners in Edmonton, Sherwood Park, St. Albert, Spruce Grove, Stony Plain and Leduc experience a spike in Mosquito activity in their yards after heavy rains spell like the one we are now experiencing.

Different species of mosquitoes prefer different types of standing water in which to lay their eggs. The presence of beneficial predators such as fish and dragonfly nymphs in permanent ponds, lakes and streams usually keep these bodies of water relatively free of mosquito larvae. However, portions of marshes, swamps, clogged ditches and temporary pools and puddles are all prolific mosquito breeding sites. Other sites in which some species lay their eggs include:

Some of the most annoying and potentially dangerous mosquito species, such as the Asian tiger mosquito, come from these sites.